Cody is excited to announce that he has accepted a new position as the Theatre Department Chair at Las Vegas Academy of the Arts, teaching Musical Theatre. Cody will continue to run their production company and academy, TRIPLE THREAT Productions & Studios, based out of Las Vegas. TTPS is excited to be offering more online voice, acting and dance lessons, and an online Audition Feedback Assessment. Check it all out at our new website, www.TripleThreatSudios.org. Cody was recently cast in La Jolla Playhouse's new musical, Lempicka, starring Eden Espinosa, directed by Tony Award winning, Rachel Chavkin. The production was already slated and announced for a Broadway run. Due to the shut downs in CA, the entire LJP season has been postponed, dates TBD. Cody was in the middle of performing in A Chorus Line (Cody-Al; Valerie-Trisha/Dance Captain), at the Welk Resort Theater, when the theatre industry closed nationwide in March, 2020. Other recent production work includes Newsies (director & choreographer) and West Side Story (choreographer), both at ACT in the DFW area, where Cody served as the Associate Artistic Director. Cody was honored to perform in the 2019 DFW COLUMN award gala, reprising his performance of Prince Eric (nominated for best actor in a leading role, Equity). He was also a featured guest artist, performing the role of the Phantom of the Opera! Cody was also awarded "BEST ACTOR IN A LEADING ROLE" and "SHOWSTOPPING PERFORMANCES THAT BROUGHT THE HOUSE DOWN AWARD" in the annual "COLUMN's best in DFW theatre 2018" for his performance in the role of Prince Eric in The Little Mermaid. This production also won "BEST LOCAL PRODUCTIONS OF 2018". Make the most of every situation. Don't let others effect you negatively. Be the change you want to see in the world. Let your light shine. Enjoy the journey. Everything happens for a reason. Never be bullied into silence. Never allow yourself to be made a victim. Talent is given, greatness is earned. Whether you think you can or think you can't, either way your right.

- photo: Cody as Don Lockwood in Singing' in the Rain at the Merry-Go-Round Playhouse in Auburn, New York.

Cody is versatile in all styles from classical to pop/rock. As a teacher, he provides a classical base with expertise in contemporary belt/mix, speech-level singing.

Cody is an expert tap dancer. He teaches tap, ballet, jazz, modern and musical theatre dance. His choreographic style is known for being integrated to the character and plot.

Choose a page to learn what Cody is up to as a mentor, storyteller, and performer.

Acting is paramount. The story must be honest and believable. All elements of performance and design must serve the characters and the story being told.

CODY IS A PROFESSIONAL ACTOR, SINGER AND DANCER. HE TEACHES ALL THREE, CURRENTLY AT LAS VEGAS ACADEMY OF THE ARTS AND PREVIOUSLY AT SEVERAL UNIVERSITIES. CODY ALSO TEACHES WITH TRIPLE THREAT STUDIOS. HE PERFORMS IN BROADWAY TOURS, REGIONAL THEATERS, AND CONTRACTS AROUND THE WORLD. HE IS AN ACCOMPLISHED DIRECTOR, CHOREOGRAPHER, AND VOICE TEACHER.

"LIFE ISN'T ABOUT WAITING FOR THE STORM TO PASS... IT'S ABOUT LEARNING TO DANCE IN THE RAIN!"

WHAT OTHERS ARE SAYING ABOUT CODY...

“ The gifted and dangerously handsome Cody Walker makes the part of Billy Lawlor a star turn. He acts. He charms. He dances, he sings and he commands the stage. Mr. Walker is, at the very least, a triple threat performer, giving an award caliber performance here. Cody Walker is fabulous in 42 STREET. I suspect this young man will be wowing audiences for many, many years to come.”

“There is one performer whose charm, presence, and groove makes him the unquestionable MVP for the night. Cody Walker is astonishing on stage. His voice is superb, but what makes him a godsend for this show is his natural ease of movement. He is a dancer, without a doubt, and nothing could be more obvious as he glides across the stage with the rest of the male chorus struggling behind. It isn't just in the way he nails every step and twirl in the choreography or his unparalleled tap solos that make him the most sought after character of every eye watching; it is the way he owns the stage every time he sets foot on it. This is evident in the subtle confidence he has with the simplest of movements, in the charisma of his smile, in every dance that seems tailored perfectly for him. Walker is featured throughout the first act as a singer and continues to prove himself in the second with his dance. His work in "Boogie-Woogie Bugle Boy," "Rhythm," and "Hit Me With a Hot Note" quickly establishes his status as the brightest star. Even in "Cry Me a River" (with the talented Ms. Winkel, who has just the right mix of sorrow and cynicism), in which he has no lines or dance, his acting holds him up as an accomplished performer.”

“Cody Walker is terrific as Bobby Child, a New York banker who dreams of life on the stage. Besides being an incredible dancer, Walker's energy is infectious. He tap dances on the roof of a 1930s limousine as if he does it all the time, and adds just the right bit of comedy to the roll. His animated impression of Broadway producer Bela Zangler is thoroughly entertaining, complete with goofy Hungarian accent.” TAKING THEATRE AND THEATRE ARTISTS TO THE NEXT LEVEL.

“Cody Walker’s marvelous tenor voice covered his ballad “Her Voice” in stellar vocal technique and shimmered just like the ocean in which his character Prince Eric found Ariel in Artisan Theater Center’s THE LITTLE MERMAID.” 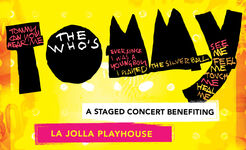